Audacity is a free software for sound editing that is easy and simple to use! Features include a tone and noise generator, noise removal, reversing, filters, and pitch shifting. 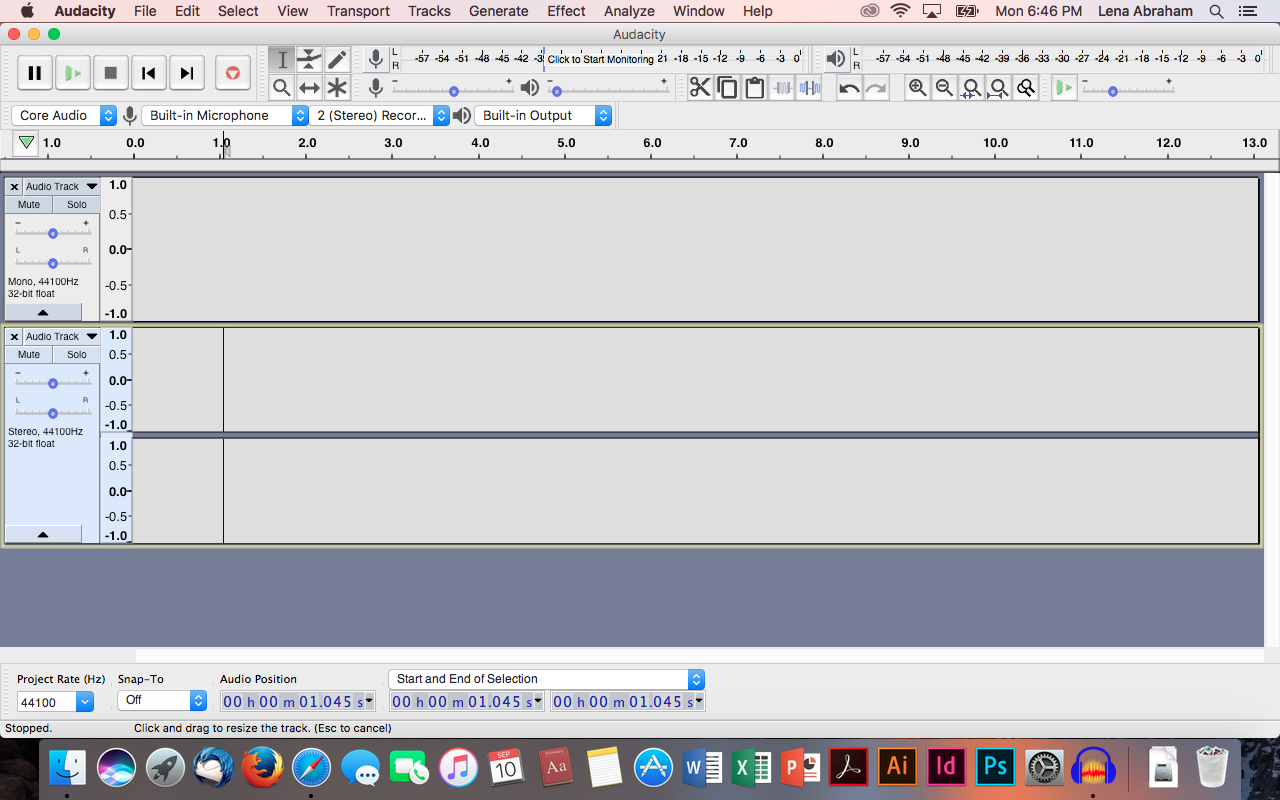 This is how a mono track and stereo track appear in Audacity.

A mono track is single channel audio, while a stereo track is dual channel audio. Most speaker systems are stereophonic, meaning there are two of them, one for left and right. A mono track will either reproduce the channel so that the left and right channels are playing the same, homogenized recording, or will play through only one of the left or right channels. A stereo track then is audio that recorded two often similar but different recordings that were recorded in two channels, one left, one right. Wav recorders usually have the option of recording in mono or stereo while certain microphones are specifically mono or stereo. Oftentimes, mono recordings will automatically convert to stereo in playback through stereo speakers.

The plus and minus slider will set the output level of the track.

The L (left) and R (right) slider will set the panning on the track. Panning controls the amount in which an audio track will be heard more in the left or right speaker.

The track collapse button will fold up the track so it takes up less space. The other buttons will disappear. 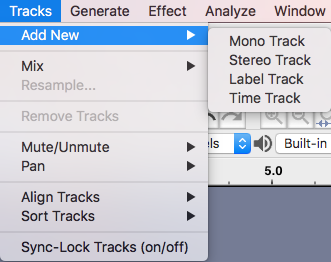 You can manually add a track, but when recording, uploading, and generating sound, a track will be created automatically.

A label track looks like this, and is usually used for the purpose of labeling and/or annotating parts of your audio clip. It is particularly helpful in keeping organized.

A time track looks like this, and is used for increasing or decreasing speed during certain parts of your audio clip. The tool for this acts like the "envelope" tool. The middle 100 point is "normal" speed, above that increases the speed and below that decreases the speed.

A note track looks like this and can be created by uploading MIDI files. 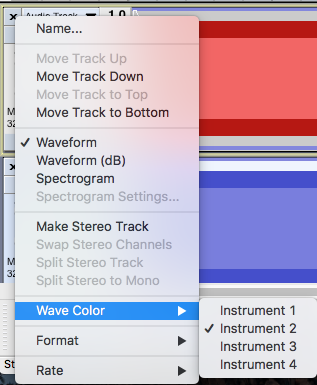 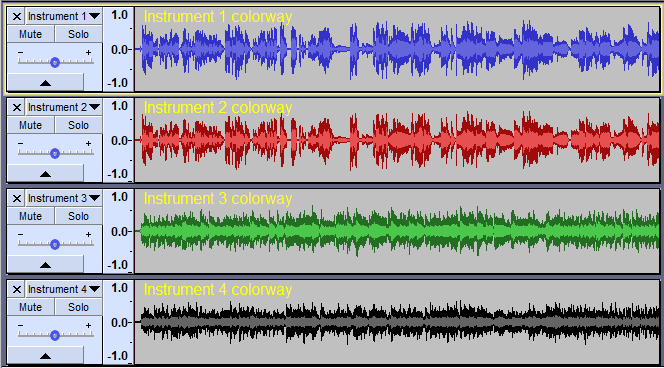 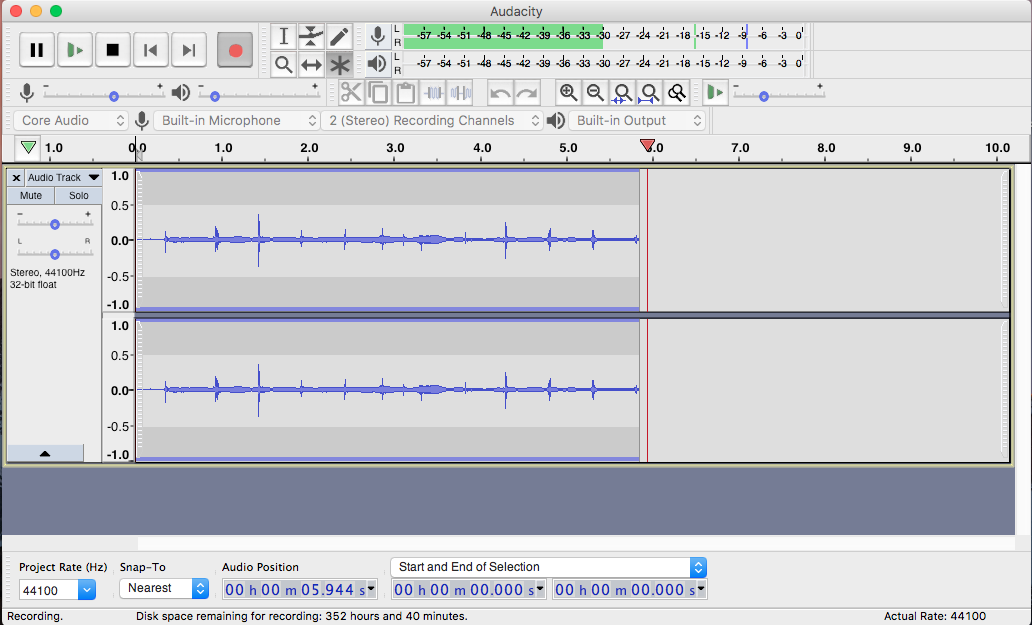 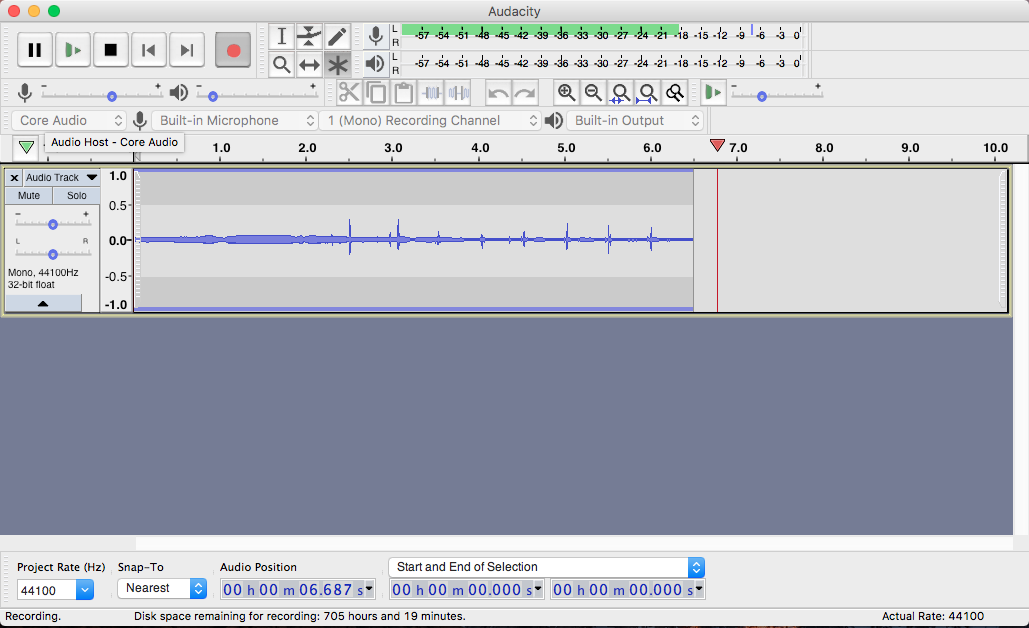 Here are some recording keyboard shortcuts:

Press the space bar to stop recording and also to playback what you just recorded. 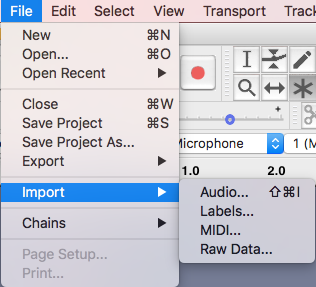 You can easily import audio files, MIDI, and raw data into your timeline. There is even a keyboard shortcut for importing audio files. You can also click and drag an audio file straight into Audacity.

You can generate tones, silence, noise, and more on Audacity by going to "Generate" on the menu bar. 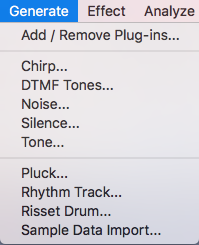 When you click "Tone" you can generate a sound wave of any frequency.

You can choose between a sine, square, or sawtooth wave.

If you click "Noise" you can generate white noise, pink noise, and brownian noise.