This resource guide offers a tutorial in GarageBand, a free software for Apple users.

The library menu shows you all the "patches" or effects settings for instruments that come with GarageBand. 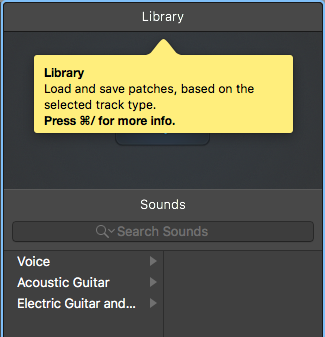 The track button allows you to see the patches, plug-ins, EQ, and effects for just that track. 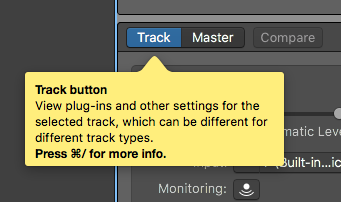 The master button allows you to control the patches, plug-ins, EQ, and effects for all the tracks at once. 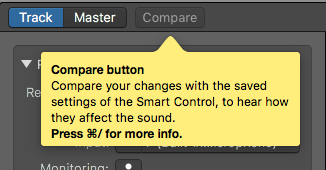 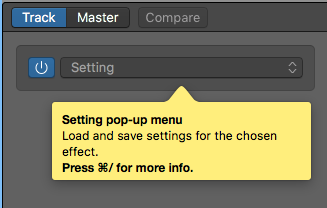 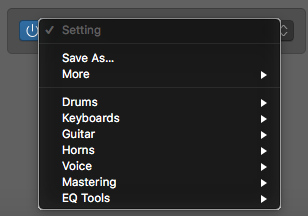 Another cool feature is using the Automation feature on the track to control the effects. 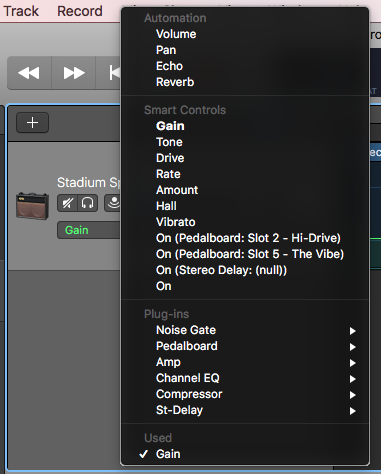 Take notice of how the gain knob in the controls moves as you slide the automation bar in the track.

This is the basic controls panel that appears when you have a blank track.

The control panel will change depending on the patch you choose.

A patch is a set of parameter settings, signal routings, and/or patch cable configurations that produces a particular sound on an electronic/electric instrument. The use of the word patch refers back to analog technology when the first synthesizers were modular synthesizers and the sounds were created and configured with the use of patch cables. Patch cables route signals from one module to another, but electronic instruments now are built with patch memory and the signal routing became all internal. The meaning of the word patch got extended to refer to the settable, memory-stored parameters in an electronic instruments signal processing circuits.

GarageBand features different patches for vocals, guitars, basses in the library menu. It gives you the controls of an amplifier with preset settings. You can change those settings as a new patch and then save and name them for future use. 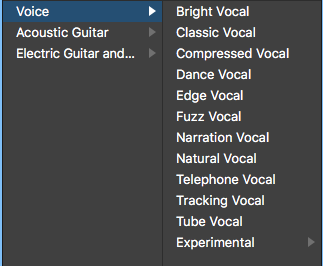 These are some of the many available patches for electric guitar and bass (clean guitar, crunch guitar, clean bass):

If you choose a vocal patch, more control settings may appear:

If you choose a guitar patch, it make end up looking like the controls on an amplifier. Here are a couple examples:

Ambience: background noise added to a musical recording to give the impression that it was recorded live

Compression: reduces the volume of loud sounds and increases the volume of quieter sounds, over all smoothing out the levels of an audio recording and compressing the dynamic range.

Distortion: an effect that occurs when the voltage needed to reproduce sound waves at their peaks is higher than the amount that an amplifier or speaker is capable of. In turn, the sound waves will be clipped off at the peaks and sound distorted. Distortion often adds sustain, harmonic and inharmonic overtones.

Echo: an effect that simulates an echo, delaying, repeating, and decaying at an amount of your choosing.

Equalization: the process of adjusting the balance between frequency components within an audio signal.

Level: describes the sound pressure level of an audio signal, not all frequencies within the signal will be at the same level.

Loudness: perceived loudness is different as you move up and down in frequency, higher frequencies tend to sound louder than lower frequencies.

Overdrive: a type of distortion, more toned down.

Gain: the input level of an audio signal. Gain always boosts a signal, the more you turn up in gain, the more distorted the signal will be.

Reverb: an effect that simulates a sound reverberating in a space. It is the effect of tightly-spaced echoes. Sound waves bounce around a space and the reverberation sounds different in every space depending on the size and materials in the space. Reverb occurs naturally within any space and can be recreated digitally, which therefore creates a virtual space.

Here is a chart for understanding the range of frequencies in instruments:

The fundamental frequency is the lowest frequency and determines the pitch. Harmonics are the highest achievable frequency. kHz also means kilohertz, or 1000 x 1Hz.

One of the drawbacks of the equalization feature on GarageBand is that you only get 6 bandwidths (ranges of frequencies) to work with. You do not get individual control of frequencies and you cannot create your own bandwidths of which to control. You can, however, open the graphic equalizer plug-in and choose as many different bandwidths as you want. Learn more about this on the plug-ins tab.

When you press the "Analyzer" button on the bottom left, you can see the frequencies that your recording contains.

When editing, you'll notice these colored dots appear and when you click and drag them, they give you the ability to lower or boost a range of frequencies of your choosing. The vertical axis shows the dB of loudness while the horizontal axis shows the frequencies in Hz. You can make any changes you want as the recording is playing, so that your can hear the effect of your equalization as you go along.

There are a lot of plug-ins that you can upload to use with GarageBand. It automatically comes with three in your workspace. There are more to choose from. 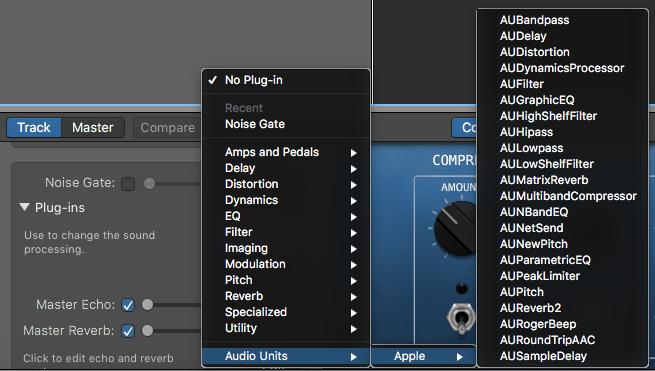 There is a pedalboard plug-in, which is a simulation of a pedalboard so that you can design your own with a lot of pedals to choose from. If you aren't familiar with pedals, they are used by guitarists and bassists mostly, although any instrument that is mic'd or has a line in can use them. They are for specific or multiple effects and often have adjusting knobs for controlling the effect.

There is also a plug-in for amp design which allows you to choose from many different amplifier brands, models, cabinets, and microphones. A cabinet is a big speaker that the amplifier head plugs into, not every amp needs a cabinet. The microphone, mics the amp so that it is recorded into a mixer. This is all a simulation, and it mimics how audio would be professionally recorded in a studio.

Lastly, this tuner plug-in is very useful for recording and keeping in tune. 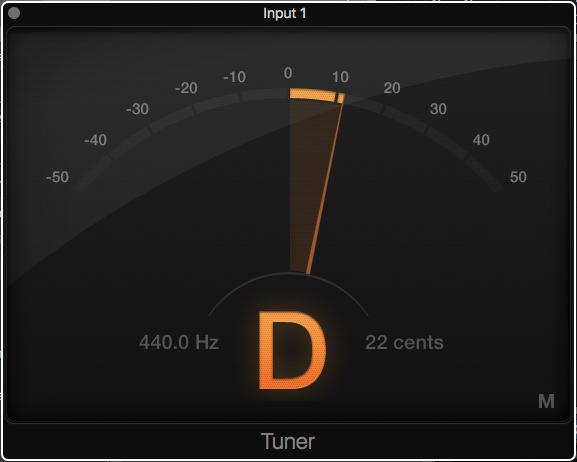 This is the graphic equalizer audio unit plug in that you can choose from the list: 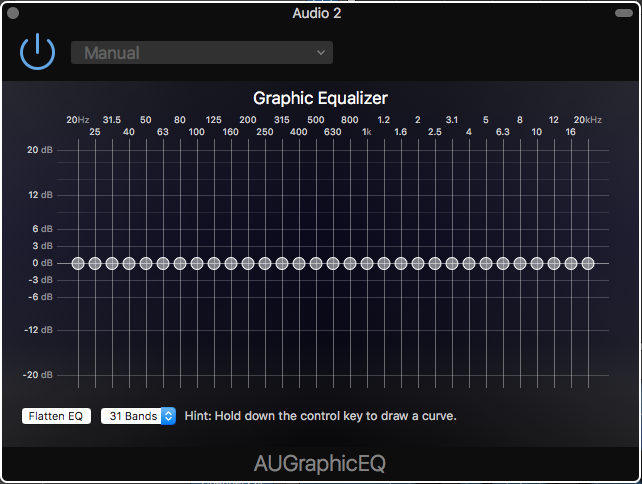 This is your control panel for plugs ins, this appears to the left of the controls panel. 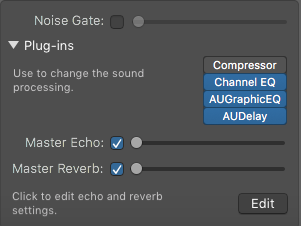 How to Install Downloaded Audio Unit Plug-ins in GarageBand